It's Monday night as I write this; I usually post my entries early and schedule them to publish in the morning.

Apparently the ACFW Book Club will have a runoff between the two highest vote-getters for the March discussion, so another poll is going to take place soon. I will give a heads-up when the poll is live. The good news is that the books seem very different, so there will be a clear choice. God is Lord, so whatever He decides is fine.

If you are not a member of the book club and would like to join, the link is HERE. The join button is on the right top side of the screen. It is a free group, and if you don't like it you can leave at any time.

Here are the summaries of the two books: 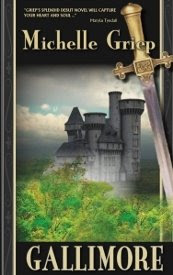 GALLIMORE (Black Lyon Publishing 2008) Jessica Neale turns her back on everyone the day her husband dies. After conceding to a vacation in England, a bizarre storm and near-fatal accident alters her reality, and she finds herself in the past. When confronted by a knight bearing the mirror-image of her apathetic heart, it's a rude awakening to what she's allowed herself to become.

Colwyn Haukswyrth, as cold and unfeeling as the armor he wears, is a knight who has one focus in life-himself. The product of a family rooted in hatred and greed, he never understood the significance of forgiveness. Until he meets Jessica Neale. More vexing and irksome than any wench he's ever encountered, this provoking bit of a woman teaches him what genuine love is… a lesson he'll take with him to the grave. 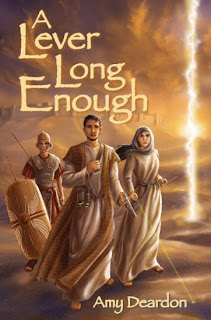 In the near future, the Israeli military has developed a prototypic time machine. When believers in Yeshua (Jesus) create a politically explosive situation that threatens the balance of peace between Israel and nearby countries, the Israelis must send a team of four elite soldiers back to film the theft of Jesus’ body from the tomb and thus disprove Christianity. The team, consisting of a Special Forces soldier as leader (Benjamin), an ex-American astronaut as engineering specialist (Sara), an archaeologist, and a linguist, has exactly seventy-two hours to collect the video evidence. Drawn into a web of first century deception and death, the only way to escape is for the team to change the past.

In the present, a traitor, Gideon, attempts to sabotage the mission and seize control of the military complex. Benjamin is the only one who can reveal him, but he is trapped two thousand years away. Even with a time machine, time is running out…