You Become Who You Wish to Be 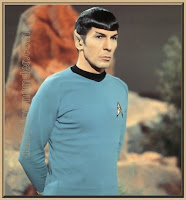 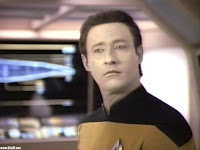 I’m dating myself here. Growing up in the 70s and 80s, I was delighted to find after school a television channel that showed reruns of the original Star Trek series with William Shatner and Leonard Nimoy. Yeah, they were cheesy, but to a young girl they were “fascinating.” Along with books and Star Wars, these were my first initiation into ideas of bending reality and alternate worlds. A few years later I was excited to watch Star Trek: Next Generation. This was objectively a better series, with more complex characters and occasionally a truly mind-twisting premise. The cardboard walls and Christmas tree lights were gone. Yes, maybe the Next Generation episodes were sometimes silly, but as in the first series, full of optimism and derring do.
I love to contrast the characters of Spock and Data from the two series. Spock is a Vulcan – a humanoid who prizes logic and rationality more than anything. Spock never showed emotion, at least until the actor complained and the writers built in a half-human side and a few episodes in which he could deliver a larger emotional range.

Data, on the other hand, is the quintessential Pinocchio: an android built by Dr. Noonian Soong who is incapable of experiencing emotion, although he desperately pursues this aim. Among other things Data learns painting, plays poker, and adopts a cat (Spot), but never quite gets it.

Interestingly, I think of Spock as less human-like than Data. Spock, who is human but wishes to be unemotional, is perceived as unemotional. Data, who is without emotions but “desires” to become human, is perceived as human -- although the crew never forget that he is an android, they always interact with him in a human-like way.

Of course, this perception on my part, as the audience, might be due to skillful acting and writing that imbues a limited character with greater depth. But assuming that this is a true observation, I’ve often pondered why this might be. I think it comes down to this: the characters are perceived, not as who they are or even who they see themselves as, but who they desire to be.

This is a powerful thought.

Who are you aiming to be? What do you wish to accomplish? More than many other factors, these goals will define who you are.
Posted by Amy Deardon at 2:20 AM